As a Basilian, I've had an enormous amount of freedom and resources to grow in my faith and professionally.

Father Paul Walsh, CSB has spent over 30 years as a priest principally involved in parish ministry with appointments in high schools and campus ministry as well, but he has discovered that his current ministry in formation in Mexico provides many more opportunities for education than he thought possible.

“As a Basilian, I’ve had an enormous amount of freedom and resources to grow in my faith and professionally while developing deep friendships with a company of men,” he said.

Currently, he serves as the assistant director of scholastics in Mexico City, Mexico and the regional superior of the Basilians in Mexico. By living in the second most populated city in the Western hemisphere, he has found that completing a simple errand is a chance to explore and usually to discover something new about the city’s culture and people and himself.

This was not the case growing up in a close knit community in Grimsby, Ontario, as the eldest of seven children born to Bob and Adele. He attended Catholic elementary and high school. In high school, he attended Denis Morris High School in St. Catharines, which was run by the Holy Cross Fathers. He remembers being invited by the priests for dinner and helping with projects around the house, which provided his first glimpse into community life.

Towards the end of high school, he became involved in the charismatic renewal. He was interested in continuing this involvement and looked into attending a university where he could continue his prayer meetings. He decided on the University of Toronto and joined the Emmanuel prayer group at St. Basil’s Church.

Through this involvement he met Fathers Leo Reilly, CSB and Claude Arnold, CSB. He also met Basilians who taught in his classrooms, worked in the library, and administration including Fathers Owen Lee, CSB, Don Finlay, CSB, and Harry Gardner, CSB. Despite their different personalities, he remembered them all as down to earth and accessible.

After graduating, he spent a year working at a religious goods store. At the suggestion of his spiritual director, he attended a vocation weekend for the Basilians. Although he had considered diocesan life, he was attracted to living in community and was interested in joining a religious order.

“Charismatic renewal was an experience of community, and diocesan life didn’t strike me as community minded,” he said.

In 1979, he joined the Basilians as an associate and spent a year teaching at Andrean High School, a Basilian high school in Gary, Indiana. It was the furthest he had lived from home and he felt isolated living in another country and was dependent on people to drive him as he had not yet learned to drive.

He was optimistic about his novice year in Detroit, Michigan with Father Dick Allard, CSB as his novice master and his assistant, Father Bob Seguin CSB. He finally learned to drive and the other novices were eager to teach him as it was an excuse to get out of the house. The year included ministry outreach in the inner city at the Episcopalian Cathedral ministry called Crossroads. He worked with those struggling with poverty who needed help with all the basic necessities including food, clothing, and housing.

His first vows were received by newly elected superior general, Father “Bud” Paré, CSB, in August 1981 in St. Anne’s Church in Detroit. As a scholastic, he returned to Toronto to the University of St. Michael’s College to study theology.

His next appointment was in Edmonton, Alberta, where he served as the dean of residents at St. Joseph College and helped with campus ministry from 1983-85. He found the work satisfying and began thinking about a career in a university setting. After he was ordained to the diaconate, he moved to Las Cruces, New Mexico and continued to minister in campus ministry. Although he was surrounded by Hispanic culture, the language barrier prevented him from being fully immersed in the culture.

He was ordained in 1987 and was sent to a high school, Catholic Central in Lethbridge, Alberta. He spent a year working as Chaplain. In hindsight, he realizes that he was not yet sufficiently mature to minister effectively to high school students. He decided to pursue a doctorate and shift to a more academic track. But after six years of graduate studies at Catholic University in Washington DC, he began to lose momentum. “I had let professors tell me what I should be studying and I was not following my own heart and I didn’t feel like I had the ability to articulate my own passion and drive,” he said.

Abandoning his thesis, he was sent to Rochester, New York where he spent three years working in a diocesan parish, and then to St. Mary’s Church in Owen Sound, Ontario. Later he served in Windsor, Ontario at Assumption Parish for six years. “I found my niche in parish work.” he said. He deeply enjoyed the pastoral work including celebrating mass, giving the sacraments, and providing counselling to people growing in their faith at all stages of life.

Assumption Church was falling into disrepair and Father Walsh found himself embroiled in a capital campaign to raise funds for extensive restoration repairs. “I didn’t feel like that was why I became a priest,” he said.

Instead he discerned that he would take a sabbatical to learn Spanish to fulfill a personal goal of ministering in another language. He saw an opportunity to do so in one of the Basilian Latin American apostolates.

In March 2012, he was sent to Tehuacán, Mexico where he ministered at the Parroquia de San Lorenzo. Language was no longer the barrier it had been when he was in Las Cruces and he found that the parishioners’ questions and concerns to be similar to those he faced in Owen Sound and Windsor. “I was learning another language and with it a culture and perspective. It began to shift the way I looked at my own background, life, and family. I was developing a Mexican perspective,” he said.

In 2014, he added formation ministry to his portfolio as the novice master at the novitiate in Mexico while continuing to help out as he could in the parish. In 2015 he shifted to formation full time and moved to Mexico City to serve as the director of scholastics. In 2016, he became the regional superior of the Basilians in Mexico and 2019 he became assistant director of scholastics to be freed for his responsibilities as superior.

He has modeled his teaching style after many Basilians, and especially his own director of scholastics, Father Ken Decker, CSB who embraced every moment as an opportunity for teaching. Conversations at the dinner table, while shopping, and during recreation become chances to observe and ask questions that will guide the men in formation on their journeys towards becoming a Basilian. 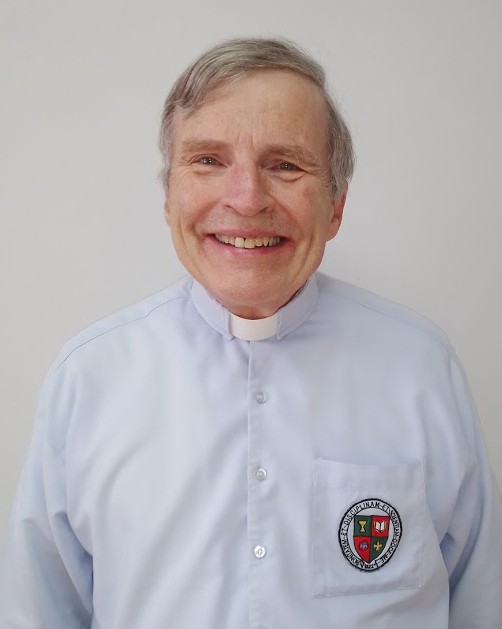