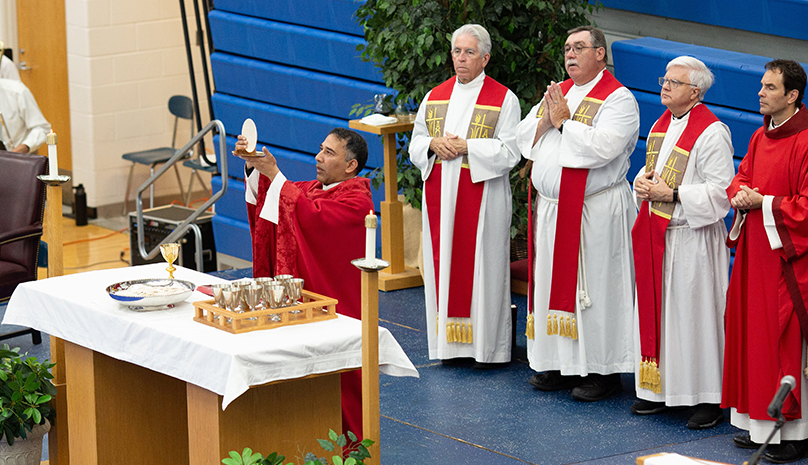 The Congregation of St. Basil, also known as the Basilian Fathers, is a Roman Catholic community of priests, students for the priesthood, and lay associates focused on Christian education and evangelization.

It was founded in 1822 when ten diocesan priests defied anticlerical laws passed during the French Revolution to bring balanced Christian education to a small village in southern France by operating a seminary. The founders’ devotion to work, involvement in the Church, simplicity of their life, and a call to deeper community life continue to inspire the priests of St. Basil today.

The community has been resilient and successful for two centuries: growing, changing, and adapting. The Basilians have made courageous choices throughout their history and as a result this small, but persistent order now serves students and parishioners in four countries. The values and traditions of the Basilians position them well to serve the needs of an increasingly diverse global community that is hungry for the foundations of the balanced Basilian way of life: education and evangelization. 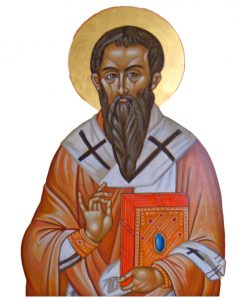 Our founders chose St. Basil the Great as its patron, a fourth century (330-379 AD) Greek Bishop and doctor of the Church. He was known as a theologian and champion of orthodoxy who took special care of the poor and underprivileged. Considered a father of communal monasticism, he moderated some of the more severe practices in monastic life to create a balance between work and prayer.
As a teacher, he believed in incorporating secular learning, particularly the “pagan classics”, into a Christian education. Like our founders, St. Basil lived at the end of another period of persecution and heretical teachings. He defended the orthodox faith against the Arian heresy and was declared a saint shortly after his death.
Other patrons of the Basilians are: the Blessed Virgin Mary, St. Joseph, St. Francis of Assisi, St. Thomas Aquinas, St. John Bosco, and St. Oscar Romero who were chosen because they embody the common values of education, prayer, life in community, and service.

The Basilian motto in Latin is: Bonitatem et disciplinam et scientiam doce me. The English translation is: Teach me goodness, discipline and knowledge. It is derived from Psalm 119 (originally Psalm 118). In the late 19th century, Father Charles Vincent, CSB, one of the founders of St. Michael’s College in Toronto, Ontario, brought the motto to the Congregation. Many Basilian institutions have adopted it for their motto to serve as a vision for Catholic education.

Teach me can be addressed to God as a request from the Basilian Fathers asking to learn goodness, discipline and knowledge to be able to share, teach, and serve as role models for others.

When used within the Basilian institutions, it can address those who teach and work in Basilian schools as well as embody goals for students to attain.

The meaning of goodness is simply to be a good person. Goodness comes first as everything flows from this. Without the presence of goodness, the words “discipline’ and ‘knowledge’ could be understood in different contexts.

In the context of goodness, discipline does not refer to a form of punishment but rather the discipleship of Christ and an invitation to grow in freedom, love, knowledge, and holiness.

Knowledge is not restricted to sacred learning, but learning about anything in God’s creation.