The Basilians' special virtue is their versatility.

When asked once, Father Owen Lee, CSB declared that the Basilians’ special virtue is versatility.

His own versatility allowed his passion for education and opera to flourish throughout his 35 years as a priest educator with the University of Toronto.

Father Owen was born in Detroit, Michigan to Robert L. Lee and Helen Miller, and was the second of five boys. Despite his parents’ struggles to support the large family during the Depression, his childhood was loving and happy.

Having attended Catholic elementary school, Owen wanted to attend a Jesuit high school, but his father balked at the higher tuition rates and instead he continued in his older brother’s footsteps and enrolled in Detroit Catholic Central. He was impressed with the quality of teaching provided by the all Basilian staff. “They were good teachers who seemed happy and I thought it was worth joining them,” he said.

It was common among Irish families with many sons for one son to become a priest. “It was an idea that was always in my head and I was lucky to discover the Basilians,” he said, as he didn’t think he would make a good diocesan priest. But as it turned out, he would become a very successful priest educator.

His interest in music was stirred when he was nine years old and his father bought him a piano and he enjoyed learning how to play the popular songs of the time. This passion was whipped up when he was 11 and heard a Metropolitan Opera broadcast of Wagner’s Tannhäuser, and he was hooked. “The music swept over me like a tsunami,” he said.

From then on, he eagerly listened to the live broadcasts, occasionally giving up them up for Lent. He never dreamed of the recognition he would receive for this hobby.

In 1947, Father Lee entered the Basilian Novitiate in Rochester and remembers it as perhaps the happiest year of his life. Throughout the long periods of silence, of playing baseball and talking about faith, he had an overwhelming sense that his life was on the right course.

Father Lee was teaching in California in January of 1983 when he was invited to participate on the intermissions of the live broadcasts from the Met and would need to travel to chilly New York. However, Father Lee hadn’t packed his overcoat when he moved to the sunny state. His Basilian Superior, who took the vow of poverty very seriously, offered him an old coat that he and Father Lee made presentable by covering the patches with black shoe polish. Luckily, his knowledge, and not his overcoat, secured him future appearances on the broadcast as a pianist, commentator and quiz panelist over the course of the next 24 years.

In addition to his radio contributions, Father Lee put his expertise into writing. In total, he wrote 22 books on topics ranging from Classics to opera, popular music and film. His book, “Wagner’s Ring”, has sold thousands of copies and is regarded as the best introduction to this complex cycle of operas.  He has shared his musical talent with sports fans when he sang both national anthems at a Blue Jays game at the then named ‘Sky Dome’.

Father Lee’s teaching apostolate also led him to Houston, Chicago and Rome and cumulated in four honourary doctorates. He was among the first academics to be granted the University of Toronto’s Outstanding Teacher Award. Despite these personal and professional successes, what mattered most to him was that he could do all these things and always be working as a Basilian.

The Basilian community was saddened by the death of Father Owen Lee, CSB, who passed away on July 25, 2019. 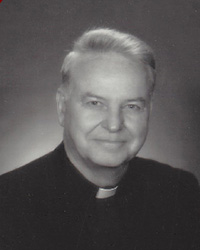