How do I become a priest? 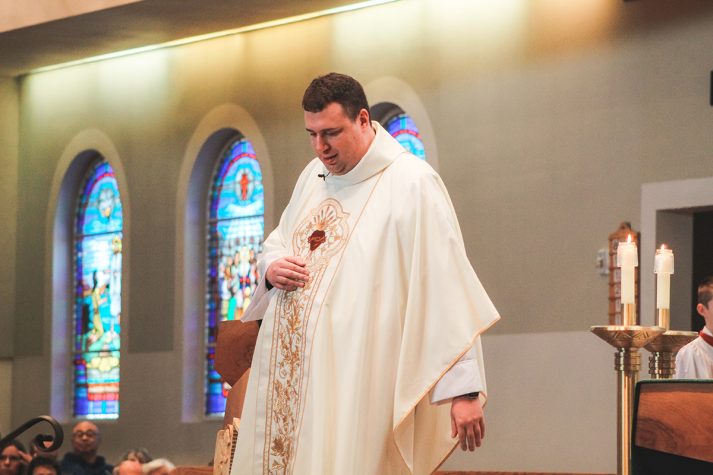 It seems that when a person is discerning the Priesthood, one of the most common questions that is asked is “how long does it take to become a priest?” That question is often followed by another question: “what does the process of becoming a priest look like?” Since the answers to these questions go hand in hand, I want to do my best to answer both of them in one post.

On average, the formal formation for priesthood in the Basilians takes about eight years. There are some factors that can affect that length of time, but those are covered as a candidate moves through each stage of the formation process.

If during this more formal associate period, the candidate feels called to continue to explore Basilian life, they can make an application for the novitiate. The novitiate lasts for one year and one day and marks a candidate’s formal entrance into religious life. It is a time when the candidate is asked to withdraw from the world and focus more intently on spiritual formation and prayer. The novitiate is sometimes referred to as a “spiritual boot camp,” which prepares the novice for his life as a member of the Basilian community.

After successful completion of the novitiate, the candidate will be invited to profess their first temporary vows of chastity, poverty, and obedience. These vows are taken for a period of three years. At that point, the candidate is considered a scholastic, and begins the program of study for priesthood in the seminary.

A candidate’s time as a scholastic can last anywhere from four to six years, depending on the person’s educational background. Candidates will usually be asked to complete one to two years of studies in philosophy, followed by four years of theology. If a candidate studied philosophy prior to entering the Congregation, they would likely begin their theological studies immediately after first profession.

While studying theology, a scholastic will study a wide range of topics and disciplines. These include moral theology, systematic theology, scripture, sacramental theology, and canon law. A scholastic will also be asked to complete several practical courses of study, including clinical pastoral education, where the candidate spends time working in a hospital. They will also learn how to properly celebrate the sacraments of the Church.

As a candidate nears the end of their seminary studies, they will be called to profess final, or perpetual, vows. These vows bind the individual to the Basilian community for life, and signify that the individual is fully committed to living as a member of the Congregation.

Once a candidate has professed final vows and completed their seminary studies, they will then be ordained to the diaconate. Ordination to the diaconate marks the last major step in formation before ordination to the priesthood. During their time as a deacon, a candidate will begin a time of supervised pastoral ministry, often in a parish. This period of supervised ministry continues into the candidate’s first year of priesthood.

At first glance, this whole process can seem daunting. But it’s important to remember that like most things in life, the path to becoming a priest is one that is traveled one step at a time. When you approach priestly formation in this way, it helps you to realize that the next step isn’t as big as you think. May God bless you as you continue to discern His will!

What is the difference between a Religious Priest and a Diocesan Priest?

by Father Steven Huber, CSB This is a question that often gets asked by young men who are discerning a vocation- and rightly so! After all, don’t all Priests celebrate […]

What is a vocation?

By Father Kevin Mannara, CSB You formed my inmost being; You knit me in my mother’s womb. I praise You, because I am wonderfully made; wonderful are Your works! My […]

How do you discern a vocation to religious life?

By Father Kevin Mannara, CSB Speak Lord, for Your servant is listening. 1 Samuel 3:10 When I was a boy, I said to my grandmother that I thought I might […]

How did you know you were being called to the priesthood?

By Fr. Eduardo Rivera, CSB “Andrew, the brother of Simon Peter, was one of the two who heard John and followed Jesus. He first found his own brother Simon and […]

By Father Kevin Mannara, CSB There is a multitude of sources to turn to. A good spiritual director or mentor should be able to make many recommendations. Here is a […]