Basilian Novices in Mexico Make their First Profession of Vows 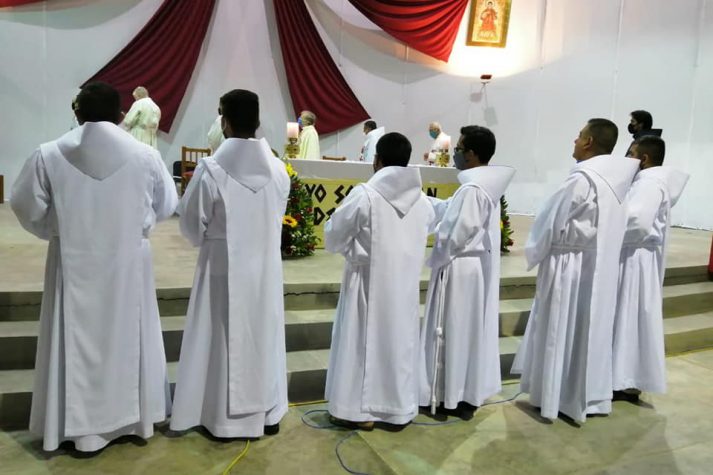 In preparation for the first vows, the novices, accompanied by Father Alejandro Estrada CSB, participated in a 10-day Ignatian Retreat led by a Jesuit priest in Guadalajara. The novitiate year concluded with a silent retreat on the weekend of July 11-12 in the small town of Oaxaca.

On Thursday, July 16, the novitiate in Mexico welcomed next year’s novice class. Father Rojas accepted the six new novices in a Mass presided by Father Walsh.