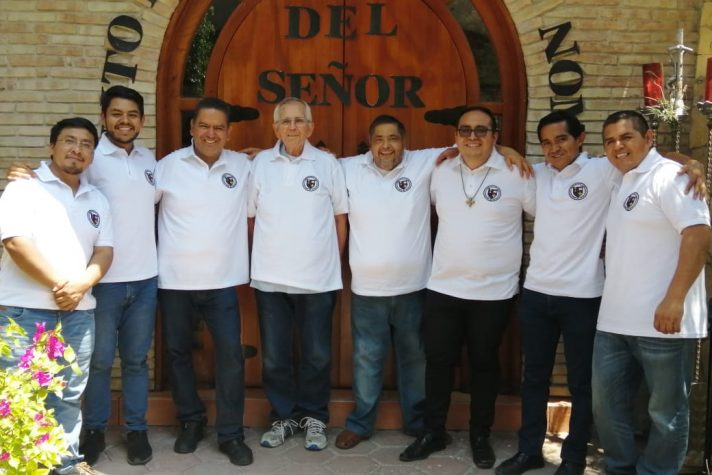 The Basilian novitiate in Tehuacán, Mexico welcomed six novices on July 17, 2019. They will spend one year and a day, as prescribed by canon law, away from friends, family, work, and most things familiar to everyday life so that they may build a strong foundation of prayer and spirituality for the rest of their life as a Basilian.

Father Beto Rojas, CSB, director of novices in Mexico, shares this update of events in the novitiate:

Prior to the Coronavirus pandemic, the Basilian novices in Mexico began their pastoral experience while maintaining the atmosphere of the novitiate by staying faithful to the schedule and discipline of the house. Each of the novices led a course at the San Basilio Human Development Center, including Introduction to the Bible, Catechetical Pedagogy, Praying with the Bible, Life in the Spirit, ABCs of Sexuality, and Marriage Communication. The Week of the Family at San Lorenzo Parish brought together more than a 1000 people for each of the five evenings of qualified speakers who empowered participants with practical ways to apply their knowledge. The novices also gave a retreat to parents and godparents in preparation for the sacraments of communion and confirmation. Novices were involved in school programs in Tehuacán on addictions. However, the lockdown due to the Coronavirus temporarily suspended these activities.

Father Jess Owens, CSB joined the novitiate house as assistant master of novices. The novices are reading and reflecting on The Basilian Way of Life and studying and sharing literature on the vow of chastity. The novices took a course on Praying with the Psalms and invited several religious communities of the diocese to participate. The course was given by a sister who is preparing for her doctorate in Sacred Scripture. Finally, the house has completed its fourth silent retreat. The novices are faithful to meeting with their spiritual directors and have had their regular interviews with the director of novices.