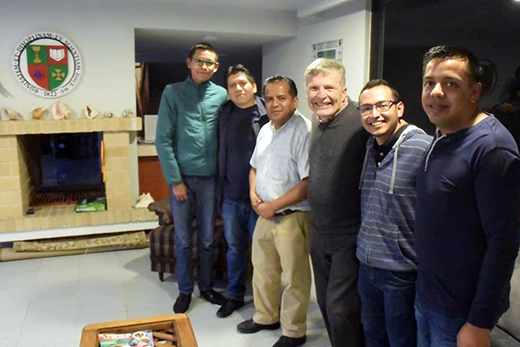 To meet the needs of the growing Basilian community in Mexico, the Congregation began searching for a permanent home for its men in formation. In 2017, the Basilians purchased a building that had operated as a convent for the Hermanas de la Caridad de Santa Anato to serve as their new scholasticate in Mexico. Now that the renovations are complete, the scholasticate is home to two priests, two scholastics, and five associates. It is located in Mexico City, near the university where the Basilian scholastics study, and features a Chapel, kitchen, patio, private bedrooms, and plenty of communal spaces to foster fellowship among the men in formation. Thank you to Father Paul Walsh, CSB who oversaw the renovations.