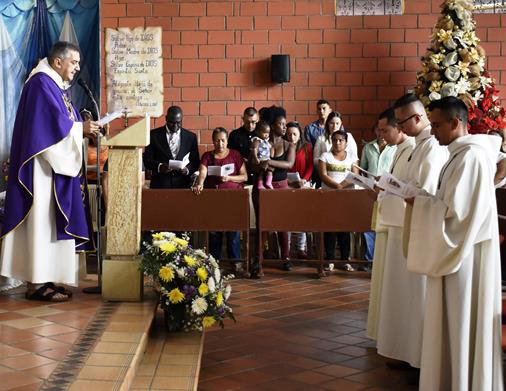 The Basilian Fathers have been blessed as four confrères perpetually committed themselves to the Congregation of St. Basil.

On November 24, Arturo Jerónimo Cisneros, CSB professed his final vows at the Church of San Lorenzo in Tehuacán, Puebla, México. Father Paul Walsh, CSB, Superior in México presided at the Mass and received his vows.

This important step into religious life represents three essential elements: consecration, communion, and mission. In professing their final vows of poverty, chastity and obedience, the Scholastics have consecrated themselves to God through living out their lives in accordance with the Basilian Way of Life.

They will live their lives in fellowship with their local communities, professed members of the Congregation of St. Basil, and the communities of the parishes, campus ministries, schools, and colleges where they will serve.