Two Basilian Scholastics Renew their Vows and Recommit to the Congregation 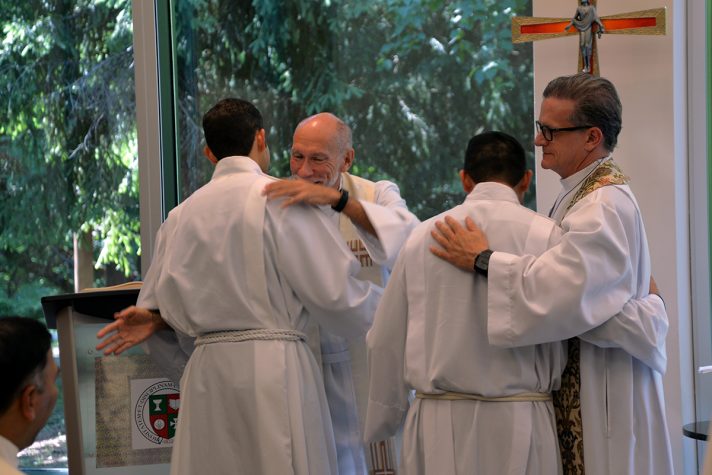 Basilian scholastics, Oscar Armando Carbajal García, CSB and Eduardo Ivan Rivera, CSB, recommitted to their vows of poverty, chastity, and obedience for a period of three years. The delegates to the General Chapter were in attendance as the renewal of vows took place following the retreat in preparation for the 2018 General Chapter in King City, Ontario on Tuesday, July 10. Also in attendance were friends of Oscar, Mike And Jean Kreyche. Father George Smith, CSB, superior general of the Congregation, celebrated Mass and received the vows. Fathers David Bittner, CSB, and Kevin Mannara, CSB served as witnesses.

They are both studying theology at St. Mary’s Seminary at the University of St. Thomas in Houston, Texas.