Basilian Fathers of Novi Invite Students to Discern their Vocations 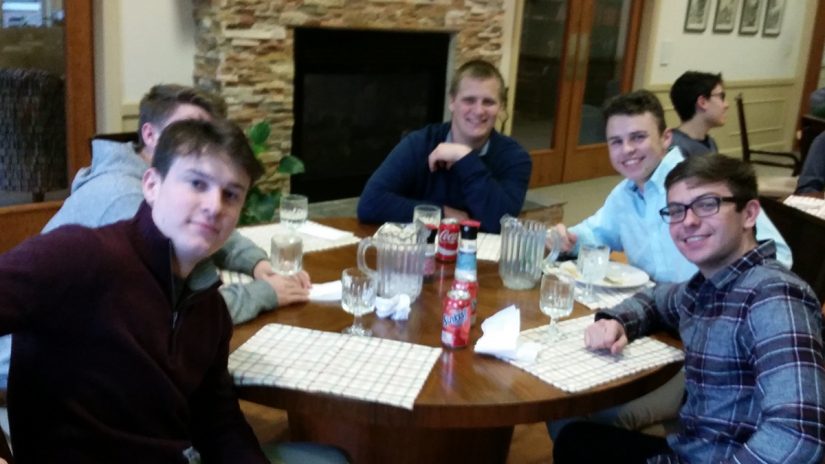 This year, the Basilian Fathers of Novi invited junior and senior Catholic Central students to participate in vocation evenings. Approximately 20 students came out to each evening that began with dinner at the Basilians’ house with a presentation by Father Patrick Fulton, CSB on how he became a Basilian. “When listening to Father Fulton, I was surprised when he told us that he absolutely did not want to be a priest when he was younger. It is always interesting to see how God sends us down the path we are meant to follow, and it was intriguing to hear Father’s story about how he eventually listened to the Lord’s call,” said Robert Crawford, a grade 12 student at Detroit Catholic Central.

The purpose of the evenings is to encourage the students to think about where God is calling them in their lives and to consider a vocation to the Basilians. For Robert, “it was an opportunity for me to better understand the congregation of priests that has successfully run our school for nearly a century. It was also a unique experience that I was able to share with some of my fellow Catholic Central brothers whom I don’t spend much time with outside of school,” he said. The evenings concluded with a prayer.