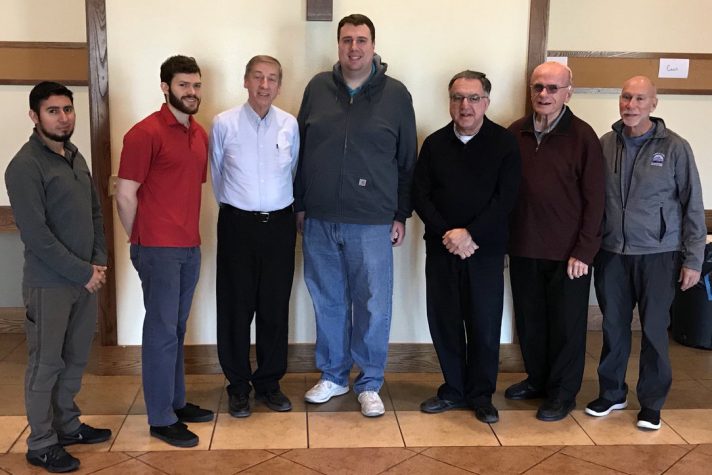 For the Basilian scholastics in Houston, Texas, the middle of their academic year is marked by the annual retreat. This year the retreat was held at the Spiritual Retreat Center near Victoria, Texas. In attendance were all of the residents of the Keon House Scholasticate, including scholastics: Oscar Carbajal García, CSB, Steven Huber, CSB, and Eduardo Rivera, CSB; and priests: Father David Bittner, CSB, Father Ronald Schwenzer, CSB, and Father Richard Wahl, CSB.

Father Thomas Rosica, CSB led the group in multiple discussions that centered on two specific Christmas stories including the Epiphany and the Presentation of Jesus at the Temple. By focusing on these narratives individually, the confrères were able to reflect on how they celebrate their lives both as Christians and religious priests. Father Rosica also explored the vocabulary used by Pope Francis in his homilies because his words communicate his thinking on how to lead the Church. Through this analysis, it was revealed that this papacy is focused on mercy.

The retreat participants had a chance to enjoy the spacious grounds and the clear and bright, albeit cold, weather. The annual retreat provides an opportunity to step away from normal ministry and to look at life and faith from a quieter place. The scholastics were reenergized for the start of the term, which was disrupted by the ice storm that closed down the city of Houston.