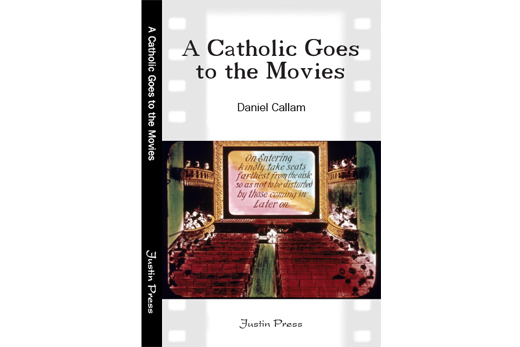 A Catholic Goes to the Movies, a collection of thirty-seven film reviews by Father Daniel Callam, CSB will be released by Justin Press in November 2017.

The author is the founder and editor of The Canadian Catholic Review. The reviews found in this book were originally published in The Chesterton Review.

Father Callam’s witty and insightful analysis of contemporary films seen through the double lens of the Catholic faith and the works of G.K. Chesterton offers the reader an entirely new perspective on an important medium. The films are seen as mirrors of the culture in which they originate and as windows that reveal both the Christian roots of the culture and the spiritual malaise that afflicts it. The reviews reflect the familiarity of the author with the classics of literature, both English and French.

Fr. Callam discusses the moral problems in twenty-first-century films with dazzling virtuosity and wide-ranging erudition. This is Catholic criticism that is in every way catholic.

The book will be of value to anyone seeking more than entertainment by going to the movies.