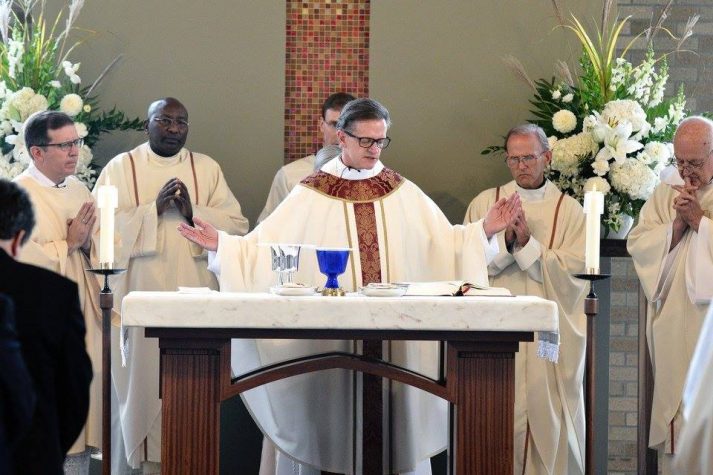 The Fisher community celebrated the opening of the new Hermance Family Chapel of St. Basil the Great with its opening mass and dedication ceremony in Rochester, New York. On Sunday, September 17, Bishop Salvatore R. Matano served as the principal celebrant during the Chapel’s inaugural mass, which included the Rite of Blessing of the Altar. The dedication ceremony was held during the SJFC alumni weekend on Saturday, October 7 and in attendance were the Hermance family, Basilian Fathers, and campus community.

The chapel was named for the Basilian Fathers’ patron as a tribute to the Congregation’s foresight, dedication, and ongoing service to the St. John Fisher community. It fulfills the Basilian Fathers’ early vision for the College: in 1948, the founding Basilian Fathers envisioned a freestanding chapel in the heart of campus. Nearly 70 years later, the Chapel of St. Basil stands on the main axis of campus next to Kearney Hall.