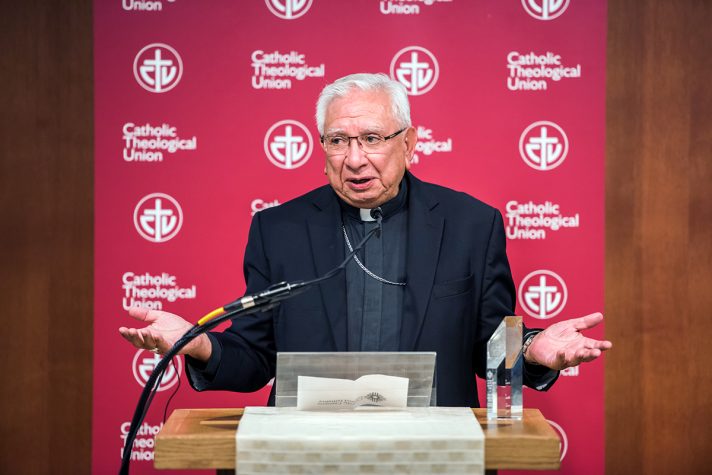 On Friday, September 29, Bishop Ricardo Ramírez, CSB was honoured by the Catholic Theological Union in Chicago, Illinois with the Cardinal Joseph Bernardin Award. He was recognized for his impact on the people of God by his witness to the importance of building common ground. The recipient embodies the dialogical and consultative approach to leadership of Cardinal Bernardin. In 1982, Bishop Ramírez was tasked with shepherding a new diocese into existence, the Diocese of Las Cruces, New Mexico, and remains Bishop Emeritus following his resignation in 2013.

In his acceptance speech he spoke about the need for open dialogue, “it is risky to listen because it might change our ideas about something,” he said.