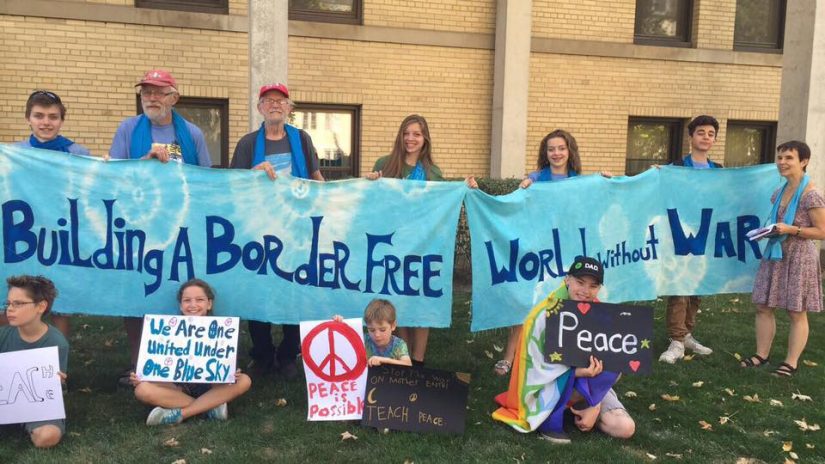 On Saturday, September 23, three organizations affiliated with the Basilian Centre for Peace and Justice raised awareness for a variety of social justice issues through a Blue Scarf Peace Walk. Approximately 40 people, including youth from Camp Micah and Regis College, participated in the walk in Toronto, Ontario sponsored by Camp Micah, Christian Peacemaker Teams, and Pax Christi.

The Blue Scarf Movement began in 2008 when a group of women wearing blue scarves gathered in war-torn Kandahar to publicly pray for peace and justice in Afghanistan. The movement continued to grow and today the symbol of the Blue Scarf is used all over the world. In solidarity with this movement, participants wore blue scarves and carried signs to promote peace and unity.

Stops with relevant topics along the walk included: